This is one of those novels where I hated to say goodbye to the characters at the end of the book.

This Tender Land takes place during the depression. It is the story of 4 orphan kids who runaway from an abusive orphanage (like a Charles Dickens Novel) and take to the river (like Huckleberry Finn) to find an Aunt who lives in St. Louis. Along the way they learn what family means, forgiveness, the meaning of faith and there really are good people in this world even if it doesn’t show itself at first.

Fans of Before We Were Yours should also enjoy this one.

“The work of a master storyteller about the making of a young storyteller, This Tender Land is a coming-of-age novel for the ages. It begins in an isolated Dickensian boarding school in Minnesota during the early years of the Depression, then morphs into the story of four runaways in a canoe à la Huckleberry Finn. On the run from their school headmistress and the law, they encounter other wanderers and escapees from life as they canoe towards St. Louis to find their only known relative and a possible home. Odie, his brother Albert, their schoolmate Mose, and newly orphaned Emmy are unforgettable characters in an unforgiving era. Epic, thrilling, and beautifully written, this is storytelling at its very best.”
— Renee Barker, The Bookstore of Glen Ellyn, Glen Ellyn, IL

“This Tender Land is a modern classic that illuminates the desperate reality of a critical time in American history. I was immediately engaged in this epic story about four orphans who embark on a life-changing odyssey in search of freedom, safety, and family during the Great Depression. This Tender Land is a perfect novel for fans of Before We Were Yours and Where the Crawdads Sing. This novel is a must-read for all book clubs.”
— Eve Taben, Elm Street Books, New Canaan, CT

For fans of Before We Were Yours and Where the Crawdads Sing, a magnificent novel about four orphans on a life-changing odyssey during the Great Depression, from the New York Times bestselling author of Ordinary Grace.
1932, Minnesota--the Lincoln School is a pitiless place where hundreds of Native American children, forcibly separated from their parents, are sent to be educated. It is also home to an orphan named Odie O'Banion, a lively boy whose exploits earn him the superintendent's wrath. Forced to flee, he and his brother Albert, their best friend Mose, and a brokenhearted little girl named Emmy steal away in a canoe, heading for the mighty Mississippi and a place to call their own.

Over the course of one unforgettable summer, these four orphans will journey into the unknown and cross paths with others who are adrift, from struggling farmers and traveling faith healers to displaced families and lost souls of all kinds. With the feel of a modern classic, This Tender Land is an en-thralling, big-hearted epic that shows how the magnificent American landscape connects us all, haunts our dreams, and makes us whole. 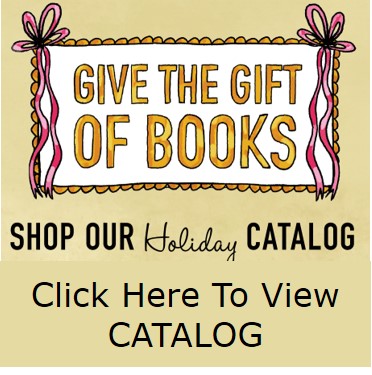 END_OF_DOCUMENT_TOKEN_TO_BE_REPLACED

JANUARY
AM - Down From The Mountain: The Life and Death of a Grizzly Bear
by Bryce Andrews
PM - This Tender Land
by Willaim Kent Krueger
FEBRUARY
AM - Artic Fury
by Greer Macallister
PM - The Soul of an Octopus
by Sy Montgomery
MARCH
AM- The Gown: A Novel of the Royal Wedding
by Jennifer Robson